If there is one company that I trust with making a competent fighting game it is French Bread, the creator the amazing Melty Blood series and the upcoming Dengeki Bunko: Fighting Climax. While they have been making fighting games for over a decade, not a single one has made it to the west until now with Under Night In-Birth Exe:Late.

As you may have come to expect of fighting games, the story here is pretty weak. The story mode usually serves as a prolonged tutorial, where you can get acquainted to the world, characters and gameplay. Here the Arcade mode is the closest you have to a story mode, featuring a series of 10 battles with a few lines of dialogue in-between some of them. The problem with this is that the game does nothing to ease you into the universe but instead shoves a lot of random terms down your throat with little to no context, such as: amnesia, paradox, in-birth, re-birth, abyss, insulator, hollow night, amnesia, void, EXS. 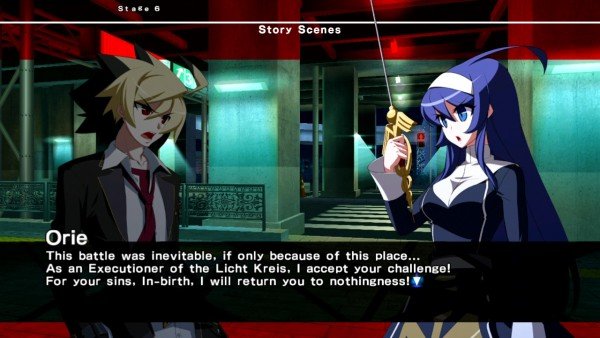 However the selling point of fighting games is the gameplay and that’s where Under Night In-Birth shines. The combat is blazingly fast and the controls are extremely precise. You always feel in control. Fighting game fans may notice that there is less of an emphasis on aerial combat and a bigger focus on zoning, as most of the characters have at least one long ranged attack. Linking attacks into combos is super easy and the game even allows you to mash the A button to do a simple combo which ends with a super attack for players who just want instant gratification.

Under Night In-Birth introduces the Grind Grid, a system that rewards offensive players, but at the same time sets a tempo to the battles, giving them a more tactical component. Walking towards the opponent, hitting them with an attack and blocking all fill up this grid, while getting hit or retreating depletes it. Players can also concentrate which leaves them defenseless but boost the Grind Grid during the process. Once a timer at the bottom of the screen fills up, the player with the most GRD blocks enters a Vorpal state where they deal additional damage and can convert those blocks into energy for their super attacks. 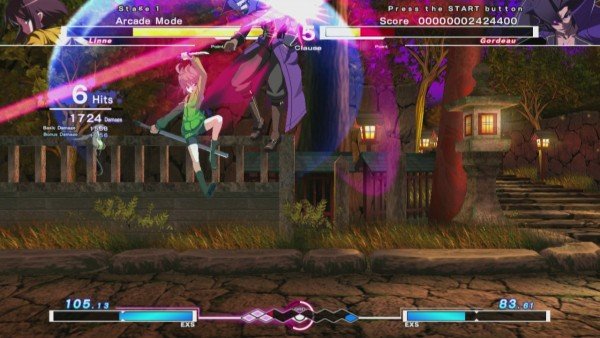 French Bread has always loved experimenting with the super attack gauge. Almost every special move can be cast as a super move if your EXS Gauge is filled enough, and they are cast the exact same way as normal skills except with the C button. Super attacks also skip any cooldown frames, so you can easily add them to your combo.

Your EXS Gauge can fill up to 200. After you have 100 or more you can use super moves or activate the Veil Off mode. Activating the Veil Off mode also serves as a burst which can push the opponent away. It also gives you an additional damage bonus and infinite super moves during its duration. Timing when to use all these options is the difference between winning a match and losing it. 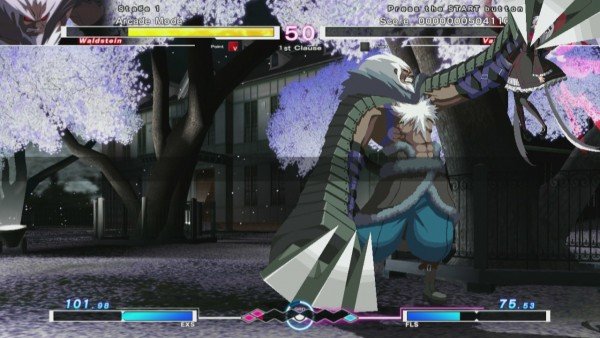 For the first game in a new fighting game franchise the roaster of characters is huge, featuring a total of 16 characters. Compare this to the 12 for Blazblue and 13 for Persona 4 Arena. 14 characters are completely new, while Eltnam, the original character in Melty Blood, makes a return as does Akatsuki from another doujin fighting game, Akatsuki Blitzkampf.

Among this large cast of characters you will find characters that cover any play style. Melty Blood and Blazblue players will definitely be able to find similarities with some of their favorite characters both in their fighting style and visually. You have Hyde your typical sword wielding protagonist, Linne an extremely agile close combat fighter, Chaos a magician that can summon a beast to fight for him, Hilda who spams the screen with projectiles and easily teleports out of harm’s way, Eltnum who can air throw and has a gun which she can manually reload similar to Gears of War in order to buff her bullet power, and Valista who’s skill inputs work totally different from the rest of the cast of characters. 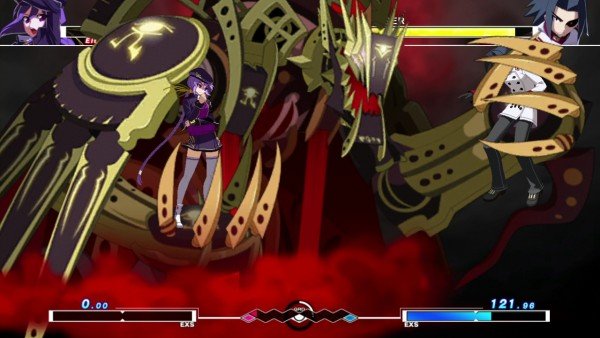 While at first glance it may seem as if there is a lot of different game modes, there isn’t much variety between them. You have the standard arcade, survival, time attack and tutorial modes, as well as the versus mode either against the CPU or another player. For most hardcore fighting game players this will be more than enough, but for newcomers to the genre there is little that will ease them into the experience. Inclusion of other modes such as a mission mode, tag team battles, 4 player modes or a real story mode, would have gone a long way to allow players a way to hone their skills without going against an intimidating opponent online. You will most likely spend the majority of your time in the tutorial mode, however it does little to teach the player, instead leaving them to learn things on their own. 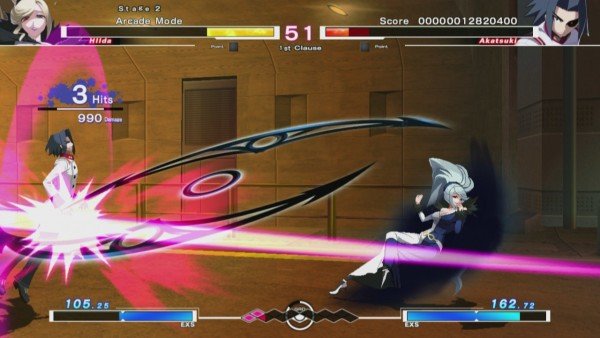 In just a little over a month after its release the online mode has only a handful of active players left. You could launch Blazblue and still find similarly skilled players on the servers a year after release. A PS4 release would have gone a long way to boost the online community. This is a shame since Under Night In-Birth offers decent online play, with surprisingly no lag. You can access ranked battles were you can wait in training mode until you find an opponent or create a custom room and have mini tournament where the winner stays.

The beautifully drawn 2D characters look amazing in motion. The animations are fluid in the midst of the fast paced combat and the effects are equally as good. Unfortunately the same cannot be said for the 3D rendered backgrounds which pale in comparison. 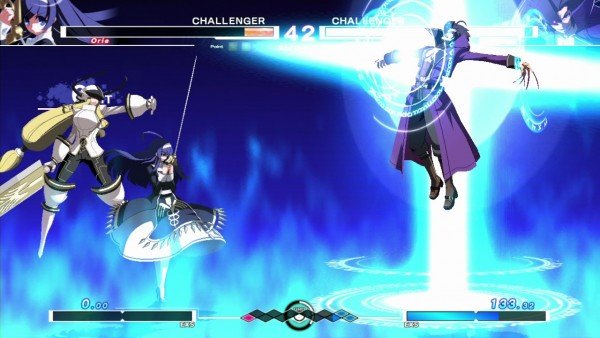 Under Night In-Birth Exe:Late is by no means a bad title, far from it. However, its unforgiving nature with little offline content makes it difficult to recommend for newcomers to the genre. Once you do finally manage to find an equal opponent, the game starts to shine. Its risk vs reward system gives it a more strategic vibe which is a welcome inclusion. If you want something different from your fighting games there is no reason not to pick up this title. Under Night In-Birth is a series you should keep your eye out for.